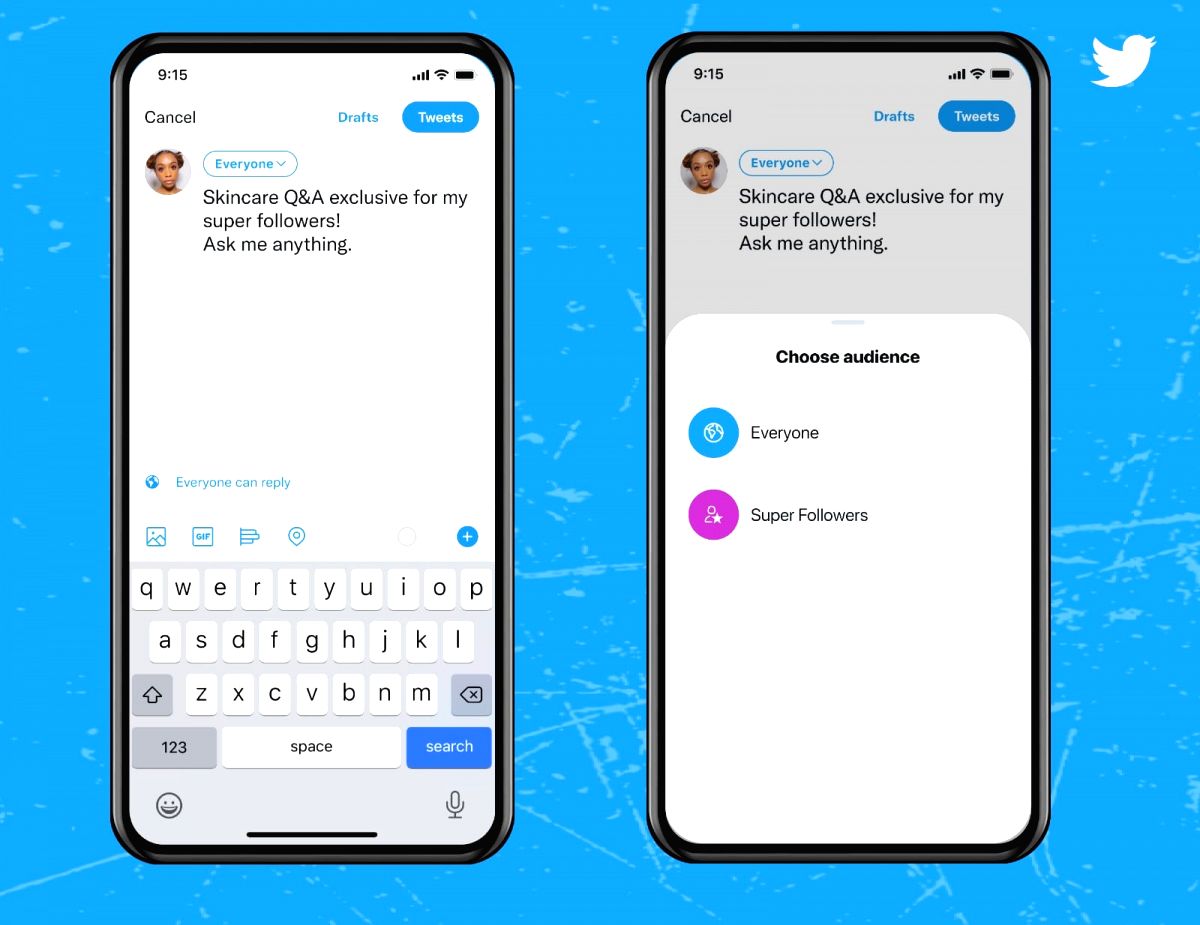 Twitter announced the arrival of Super Follows, a resource for sharing exclusive content between followers. Interested parties must join the service through a monthly subscription and will have several special features on the social network.

Content creators will be able to offer followers the possibility to become Super Follows, which would guarantee unique benefits and a new level of interaction with their favorite personality.

The idea is that creators deliver photos, videos, writings and whatever else creativity allows only for those who subscribe to the profile. Who can use Super Follows?

The platform released the requirements to make your profile eligible for the benefit:

interested must sign up and wait in a queue to be called. This feature should work similarly to Twitch Subscribers, where people pay a monthly fee as a way of thanking the streamer for the fun. The premise is to financially reward those who strive to produce something unique for you.

Here in Brazil, there is still no official information about the price, but in the US, three packages will be offered: US$ 2.99, US$ 4.99 or US$ 9.99. In direct conversion, it is possible to assume that prices should start from R$ 15.00 for these bands, but it is still too early to know. The platform must charge a 3% fee on transactions for those who earn up to US$ 50 thousand and 20% for profiles that exceed this margin.

Brazil is still out

For now, only content creators on select US accounts will have access to the service, but that could change in a few weeks. As for users, the feature is gradually released globally: you, here in Brazil, can be a Super Follow of a US personality with the novelty implemented in the next few hours. 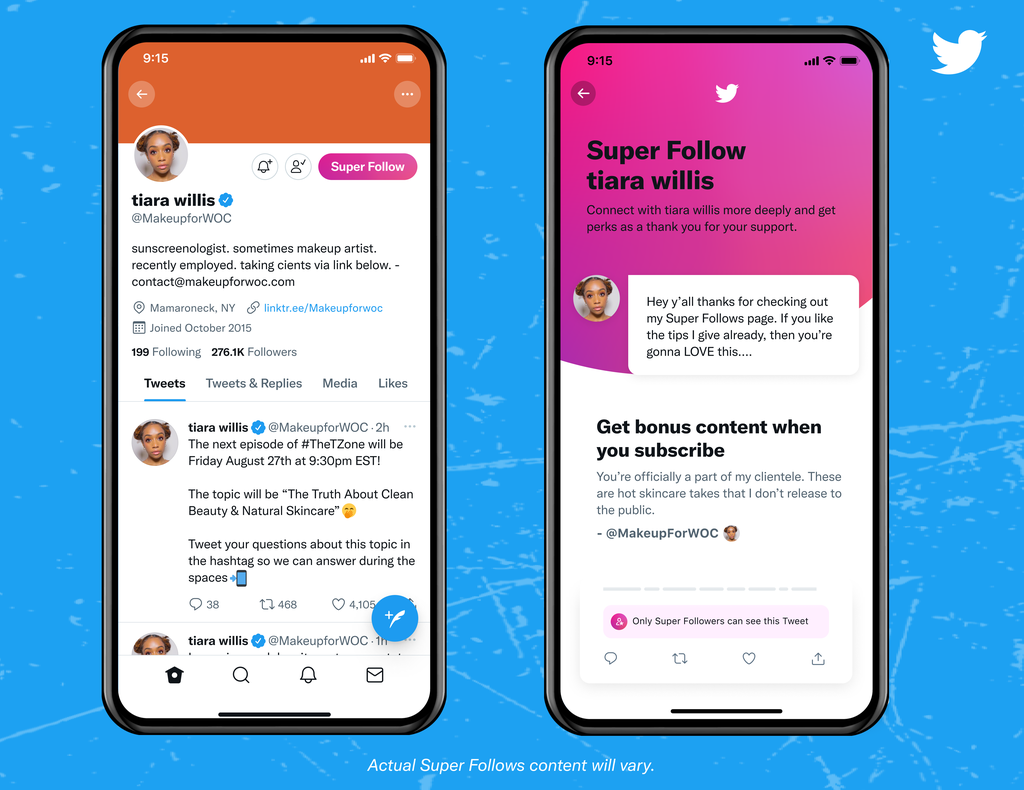 To subscribe, simply tap the Super Follow button on an account’s profile to see a description of their offers and pricing. If interested, the person will be directed to the payment system that will confirm the subscription, which can be canceled at any time.

The addition adds to other initiatives launched this year to capitalize on digital influencers, such as the bonus program and paid tickets to Spaces. Twitter is committed to bringing new ways to monetize not only itself, but also those who use the platform, which is known to be a somewhat hostile environment for content creators.

Super Follow is one of the platform’s approaches to monetizing content and making the network more profitable for creators. When it was presented during an investor event, the company showed that it would have similarities with services like Patreon, but molded to work on Twitter.

In short, a “super follower” would receive a supporter badge, would have access to exclusive content from the creator supported by him and would be able to interact in exclusive publications for that audience. From the subscription, other privileges could also exist (exclusive discounts on products, for example), so there are still other possibilities to be explored.

Super Follow button in its small version on the left and large on the right (Capture: Playback/Jane Manchun Wong)
That said, enter Wong’s discovery. Twitter profiles can present the Super Follow button in two ways: in a small, less explicit circle, or as a larger capsule, in place of the Follow button (since the profile visited is already being followed). The option would be added in the same line of icons as the direct message envelope, enable notifications and the Tip Jar, to contribute tips.

The Super Follow subscription will have a fixed price of US$ 4.99 (about R$ 26 in direct conversion), but it is not known how much Twitter would take from that value. Another confirmation is that the system will be implemented within the app, so the app stores (App Store and Play Store) will keep 30% of the amount paid on any subscription.

No forecast has been given for the launch of the tool, nor is it known what interactions it would have with Twitter Blue (a subscription service that will provide exclusive features for profiles on the platform). For now, it remains to wait for official announcements from the company.