What is the Difference Between IPO and ICO? 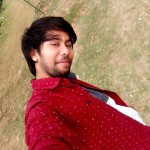 IPO and ICO are several helping benefits in the business, Let’s have a close look. As we all know, Cryptocurrencies are taking the world by storm; people have started to invest in Bitcoin and other cryptocurrencies for the long term. There are several interesting options for investing like ICO (Initial Coin Offering) and IPO (Initial Public Offering) where these entities raise funds for their business. One of the major points about how they differ is that IPOs are used by well-established companies to raise funds, while ICOs are used by startups for fundraising.

What are the Requirements for IPO and ICO?

The major requirement for ICO is the company needs to execute certain norms before their shares are listed through an IPO, they should have minimum earnings and as well as a good track record. Furthermore, the issuance of a traditional IPO will be a lengthy process and requires compliance and legal processes. Another major requirement is a prospectus which represents a legal declaration about its intention for issuing the shares for public offering. It should also offer key information regarding the company and its IPO to assist investors to make an informed decision; hence, to invest in an IPO people need a lot of patience, banks, and lawyers.

ICO does not require any regulatory framework or any legal protocol; there is no necessity to have a track record and they need only a white paper as a project backup. The ICO process has a shorter duration when compared with IPO, and the format does not have any standard. For ICO launch the only requirement is the internet and programmers.

What is the Difference between IPO and ICO?

Which is the Most Secure Investment Option – ICO or IPO?

To sum up, with the development of ICOs, they are becoming more popular, making headlines and it has attracted the attention of several investors. They are also known as the revolutionary funding method to supersede IPOs through blockchain technology and cryptocurrency. Initial coin offerings are based on blockchain technology, and it is the latest method adopted by organizations to raise capital and also for developing new projects through decentralized applications. Even though there are several concerning aspects of ICOs, when compared with IPOs, in the future we can foresee that this might be sorted out in compliance with regulatory measures.

Why It Is Significant To Share Your Records With Financial Advisor

How To Use Coupons Site to Save Money