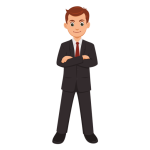 When it comes to dance costumes, you will find them available for both men and women. They were created to represent different kinds of performing arts and dance themes. Dances range from musical plays to ethnic traditions, and the costumes help fit the performance’s entire energy and mood.

You can either make the costumes at home or get them constructed professionally. You will also find some unique costumes available in both physical and online stores. But before you purchase your favorite dancing costume, you should know about the various available and worn costumes. These are:

Belly or oriental dance originated from the snake-like movements offered by the sisters of a woman who was giving birth. These sisters made these movements to inspire her when delivering the baby. Belly dance came to the United States back in 1893 from the Arabic realm.

Belly dance and its costume entered American soil through the Chicago World’s Fair. The costume is made of exotic-shaded materials paired with beads, paillettes, and semiprecious stones. It also has semi-transparent tops and fringes to reveal the navel and stomach.

The wraparound skirts and brassieres swing to the beat of Middle Eastern music. Besides that, the hip scarves and coin belts are a vital part of the belly-dancing costume.

Right from the 15th century, folk dance spread across entire Europe. But when it comes to European folk dancewear, it’s pretty complex. It’s mainly because every nation has its customers, dresses, and dances. Folk dances of Eastern Europe, such as polkas, czardas, and mazurkas, spread to France and England.

Besides that, Eastern European dancewear contains bright shades on dark backgrounds. They are also decorated with silk threads, metal, and beads. But the women’s basic dress was light-shaded and short chemise paired up with a petticoat, and layers of materials were worn over it.

The dancers also wore a draped headdress, which showed their martial status [A fancy headdress means that the woman is unmarried]. Apart from that, the European folk dances also helped form the basis for the square-dance activities.

During the dawn of the 20th century, the natural dance movements of Isadora Duncan helped characterize the new era of dance. Isadora’s modern-day dancing style is inspired by Greek art, athleticism, social dances, and folk dances. The loose hair and free-slowing costumes provided a lot of freedom for the dance movement.

Once World War I ended, modern dance groups emerged with female dancers. In the following decades, avant-garde and skilled choreographers, such as:

All of them liberalized and reformed the traditional costumes and the dance itself. They moved away from all the classic ballet methods, modern-day dance gave birth to the rise of the new era of dancewear. Makeup looks and costumes offer a unisex appearance because the choreographers felt it was irrelevant to distinguish between male and female dancers.

Dancewear has evolved greatly. They have now become much more stylish, beautiful, and eye-catching at the same time. But you will still find dancing costumes for belly dance and folk dance are still the same as in the past.

Add Me To Search In Google Benefits: Google has a new way to highlight your favorite people through the People card. You can add me to search in google benefits of people card. Freeflix HQ is an alternative apps like Pikashow for Android. Freeflix HQ is a streaming app that allows you to watch movies and TV shows on your Android device. It’s available for free on the Google Play Store and it will let you enjoy thousands of titles without any hassle or cost!