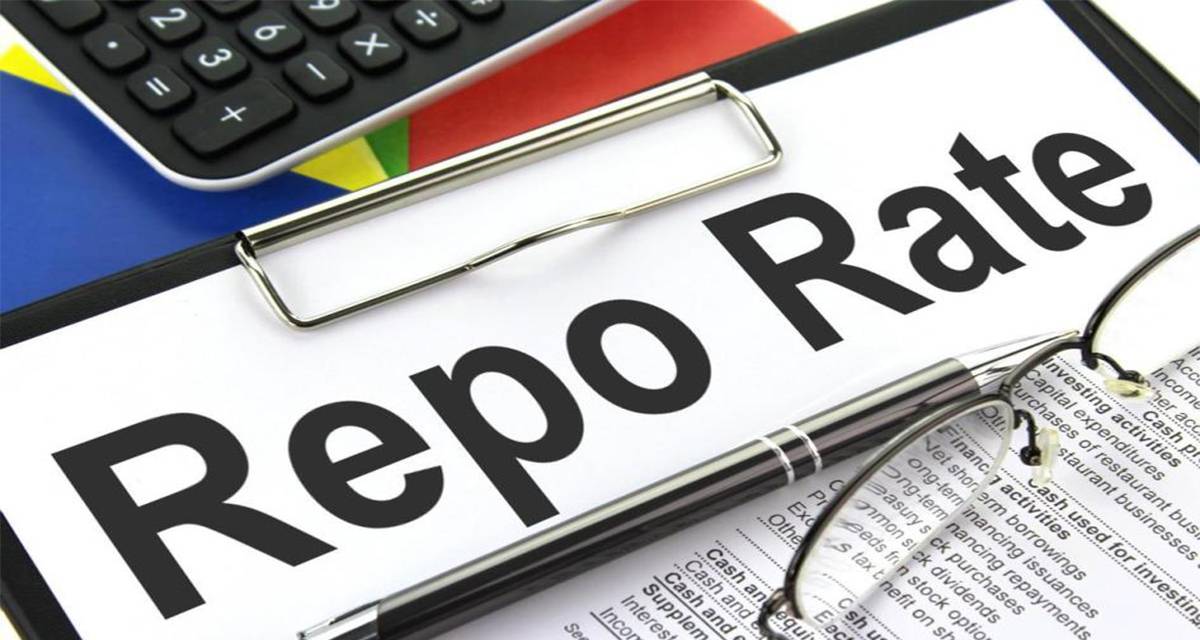 In recent months, the repeated rise in repo rates, as set by the Reserve Bank of India, has the housing finance sector on tenterhooks. While industry experts uphold the hike for the well-being of the Indian economy, new home loan borrowers and some existing ones could expect their housing loans to get dearer. As the loan interest rates go up, it can elevate their net cost of credit.

What Is Repo Rate?

Repo rate is the rate at which commercial lending institutions borrow money by selling their securities to the country’s apex bank, the RBI, to maintain liquidity due to cash shortage or as statutory measures. Repo rate is one of the main instruments used by the RBI to check inflation. The current repo rate in India stands at 5.90%, while the current reverse repo rate is 3.35%.

How Does Repo Rate in India Work?

Repo stands for ‘Repurchasing Option’ or ‘Repurchase Agreement’. It is an agreement in which lenders provide eligible securities such as treasury bills to the RBI for availing of loans. At the same time, an agreement to repurchase them at a pre-determined price is also put in place.

Importance of a Repo Rate Transaction

Given below are the primary factors based on which RBI agrees to enter into a transaction with lenders:

How Repo Rate Impacts the Economy

Repo rate is a powerful tool of the Indian monetary policy that can regulate the nation’s money supply, inflation levels and liquidity in the manner as described below:

In case of high inflation, the RBI takes stringent steps to reduce cash flow in the economy. This is done by increasing the repo rate, which in turn, makes borrowing a costly affair for businesses and industries, slowing down investments and money supply in the market. As a result, it adversely impacts the growth of the economy, allowing the government to manage inflation.

As opposed to this, when the RBI needs to pump funds into the system, it lowers the repo rate. Consequently, businesses and industries find it easier to borrow money for different investment purposes. A surge in credit availed by consumers and commercial firms stabilises the inflation. It increases the overall supply of money in the market, fuelling economic growth and development.

Fluctuations in repo rates can directly impact big-ticket credit forms like housing loans. A decline in repo rate results in lenders bringing down their own lending rates, which makes housing finance cheaper. Whereas, a higher repo rate leads to a rise in the cost of borrowing rendering home loans costlier.

What Is Reverse Repo Rate?

Reverse repo rate is a mechanism aimed at absorbing excess liquidity, thereby restricting the borrowing power of investors. At times, RBI borrows from lenders when there is extra liquidity in the market. Lenders too favour such an arrangement because they receive interest for their holdings with the RBI at a specific rate referred to as the reverse repo rate.

Related Post: Things you Must Keep in Mind When Applying for A Home Loan

During high levels of inflation in the economy, RBI raises the reverse repo rate. This encourages lenders to place more funds with the apex bank to earn higher returns on their surplus cash. Lenders are then left with lesser amount of money to extend loans and other types of credit to their customers.

Both repo rate and reverse repo rate are crucial for steering the economy in the right direction. Despite their similar functions, they have a few distinguishing features, such as:

The RBI keeps altering the repo rate and the reverse repo rate periodically according to the changing macro-economic factors. When RBI modifies the rates, it impacts all sectors of the economy in various ways. Some segments stand to gain, while others may suffer losses. Nevertheless, in spite of the higher rates of interest brought about by a surge in repo rates, individuals seeking home loans can explore other effective ways to reduce their interest outgo and avail competitive loan deals.

The FIFA World Cup – Everything You Should Know About Qatar